Open Call: Public Art for the Urban Spaces Around Haga and Korsvägen Stations 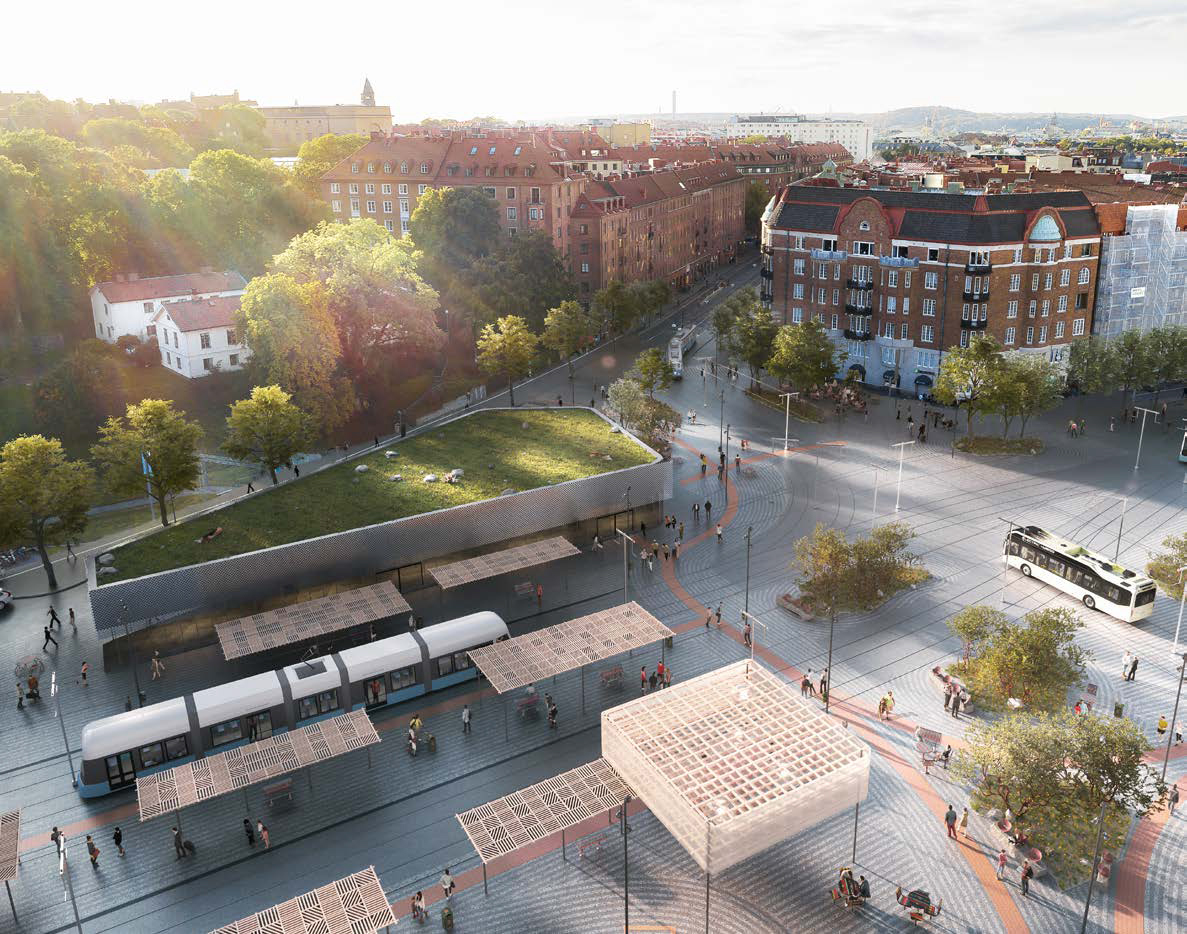 The City of Gothenburg invites artists and artist groups to participate in the international selective tendering process for one of the biggest infrastructure and urban development projects in the history of the city: the West Link. Two new public artworks are going to be created for the urban spaces around Haga Station and Korsvägen Station.

Read this page in Swedish

Practicing artists can apply to be considered for the commission to create site-specific, permanent works of art in the urban spaces around Haga Station and Korsvägen Station in conjunction with the construction of the West Link project. Applications are being accepted during the period September 20 until October 20, 2021.

The West Link is one of the largest infrastructure and urban development projects in Gothenburg’s history. It will establish a new underground railway link beneath central Gothenburg, where three new train stations (the Central Station, Haga Station, and Korsvägen Station) relieve congestion at the old Central Station.

In conjunction with the construction of the West Link project, a series of public artworks will be created both for the platform areas of the underground stations and for the surrounding environments above ground. The new art is expected to contribute to the design of the public realm and the urban milieu around the stations. This tender covers public art for the urban spaces around the new Haga and Korsvägen Stations.

All of the art created within the framework for the West Link project is based on the West Link’s comprehensive art programme, Chronotopia, which provides the artistic vision for the project.

These artworks are funded through the so-called One Percent Rule, which requires that one percent of spending on new construction, renovations, and additions be devoted to public art.

This tender is for two commissions for public art projects—one for the urban space around Haga Station and one for the urban space around Korsvägen Station. The tendering process begins with an open call for Expressions of Interest for either station project, but ultimately the commissions will be awarded to two different artists or artist groups, one for each station.

The assignment for artists and artist groups is to create a unique and independent artwork of great integrity. The artwork should be able to bring about a direct experience without having an illustrative or decorative character. The focus of the assignment is on establishing the viability of the artist’s vision, in terms of both content and visual expression, through complexity and multi-dimensionality.

The art is to be part of a comprehensive design project rather than being seen as merely an addition to an already completed structure. Artists are encouraged to find optimal locations for their works based on their artistic ideas and to propose strategies for how their art can best be integrated into the urban landscape so that even unforeseen qualities can find expression.

The resulting work of art should be permanent. A permanent artwork is here defined as one whose material lifespan exceeds 50 years.

Complete information about the commission may be found in the document “Invitation to Selective Tendering” (pdf). The document and all annexes can be downloaded at tendsign.com (see below).

Haga Station lies at the intersection of three Gothenburg neighborhoods of cultural-historical significance: Vallgraven, Haga, and Vasastaden. The station will be an entirely new element in this milieu that facilitates better connections among these neighborhoods. The area around the site is characterized by a healthy mix of housing, workplaces, educational institutions, and commercial activity. There are also large parks that offer rich natural, cultural, and social qualities.

The Korsvägen (“Crossroads”) Station is being constructed beneath a transportation hub where public transit, car traffic, cyclists, and pedestrians all converge. It is a pulsing center surrounded by some of Gothenburg’s most prominent landmarks, including the Swedish Exhibition and Congress Centre and Liseberg Amusement Park. A constant flow of people fills the place with life, movement, and diverse forms of human expression. Since the eighteenth century, the site has been a significant crossroads for two important roads leading into and out of the city, Södra Vägen and Örgrytevägen.

More information about the history and future conditions of each site may be found in the annex “Haga and Korsvägen as Places and Situations”. You can download it at tendsign.com (see below).

The tendering process begins in September 2021 and is expected to extend through June 2022. The tender will be followed by a period of detailed planning, and the work of completing the artworks will continue until 2026, when the whole of the West Link project is expected to be finished.

Submitting an Expression of Interest

You only need to submit a single Expression of Interest to be considered for both the Haga Station and Korsvägen Station projects.

Link to the tender at Mercell TendSign (log in required).

Last Day to Submit an Expression of Interest

Expressions of Interest may be submitted from September 20 through October 20, 2021 (no later than 23:59 CEST local time).

This open call is made through a public tender, which means that everyone who submits an Expression of Interest is entitled to the same information. Therefore we cannot respond to questions via email or telephone. Questions must be submitted directly to TendSign, where all questions, answers, and additional responses or changes will be published.